Before going out on my own I was the Operations Manager for a school. I was responsible for the network infrastructure, including workstations, servers, switches, and wireless access points. Also, I have been designing some website pages for the different programs the school offers. Below is a summary of my responsibilities: 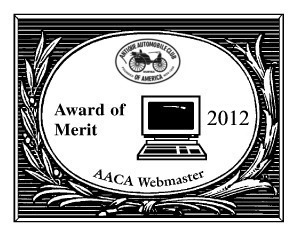 I am the webmaster of the Greater New York Region’s (AACA) website. I have been honored by the Antique Automobile Club of America after receiving their 2012 Award of Merit for regional websites.

Thank you to every one involved.